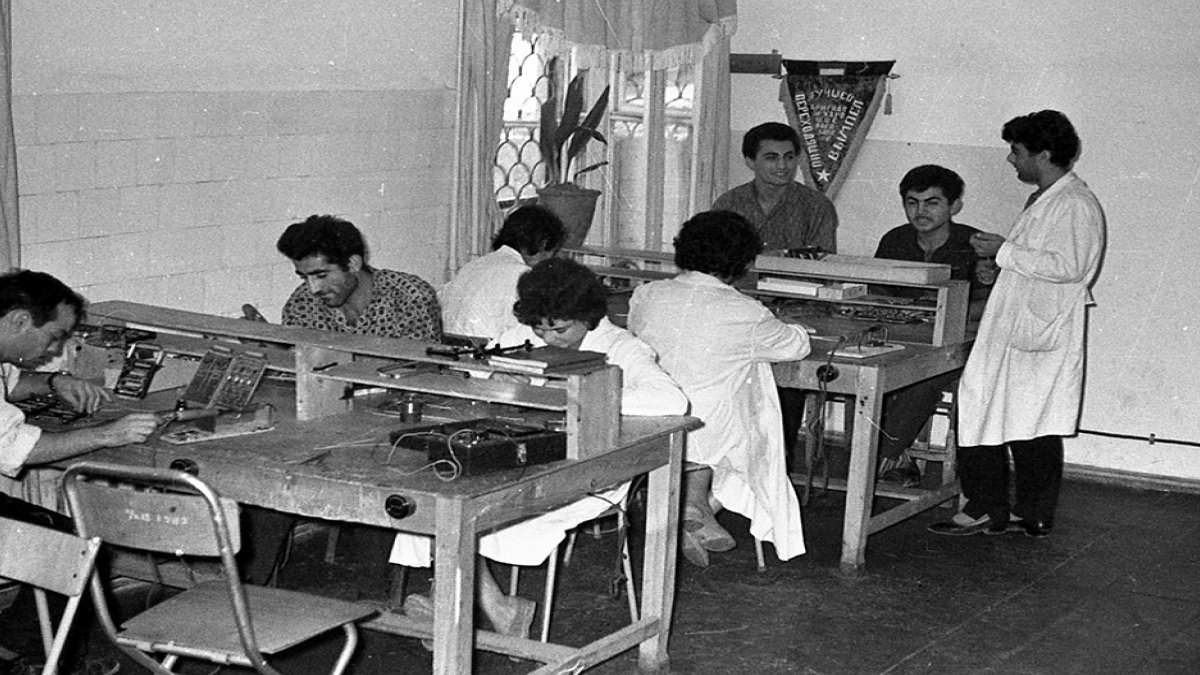 In 1957, the Yerevan Computer Research And Development Institute (YCRDI) received the first large order for the modernization of the small-sized universal computer M-3 (electrical computing machine). One of the three models of the machine was delivered to Yerevan, where it continued to be upgraded with the participation of the Moscow cyberneticist Nikolai Matyukhin. Particularly, the computer was equipped with a memory of 1,024 words with ferrite rings, due to which the speed of the machine increased from 30 g / s to 3000 g / s. The modernized machine served as a prototype for the first two computers developed in Armenia - "Aragats" and "Hrazdan".

"Aragats" is a first generation computer built on the basis of electronic vacuum tubes, which was developed by YCRDI in 1958-1960. The average speed of the machine was about 8000 operations per second (at the time of addition, it was much higher than multiplication and division). The machine occupied an area of 40 square meters and, in addition to the cooling system, consumed 30 kW of electricity.

Eduard Ghazaryan, participant in the development of "Aragats" electronic computer

“I was hired by YCRDI on April 1957, a year after the institute started its working process. I was employed as a First Class Technician. At that time, “Aragats”, the first electronic computer in Armenia, was being developed. I was included in Abdul Kadyrov's group. He was a great guy, smart, talented. I learned a lot from him. Together with Abdul we developed a control device.

When I graduated from college, there has been no further word about electronic computers. In YCRDI as well, just a few people knew what it was and how it was created. Guys from Moscow used to come several times, from whom we had learned a lot. Gradually I began to understand what a computing device is. "

First of all, the Computing Center of Siberian Branch of the Institute of Mathematics in USSR Academy of Sciences was interested in the new machines. In the late 1950s, it was in its formative stage. The future academician Andrei Ershov from Moscow was still involved in the formation of the institute's programming department.

Aimed to help in developing "Aragats" and "Hrazdan", he sent a team to Yerevan led by Anatoly Merenkov, a 22-year-old graduate of the Faculty of Mechanics and Mathematics of Moscow State University. Although at that time Sergei Mergelyan and Ershov himself were only about thirty years old. "

The development of the first electronic computers did not always go smoothly. Lack of experience spoke of itself. But in 1960 the samples of "Aragats" and "Hrazdan" were ready.

Radik Ananyan participant in the development of "Aragats" electronic computer

“The first time I saw EC (electronic computer) was the time we built it on our own. It was named after our Mount Aragats. It was huge, and due to the fact that the bulbs were heated, a powerful ventilation was required. The machine architecture and design was developed at our institute. I was busy with entering information. This was done using celluloid, which became completely opaque black after illumination and development. Holes were made on it with a special perforator. By the way, I developed and assembled the perforator for this code on the basis of electromagnetic relays. The deletion was done with a typewriter. Our institute had specialists from all the areas of computing technologies, because we had to do everything ourselves. For example, there was a power supply department for the machines, with all the necessary voltages, since these lamps consumed a lot of energy. 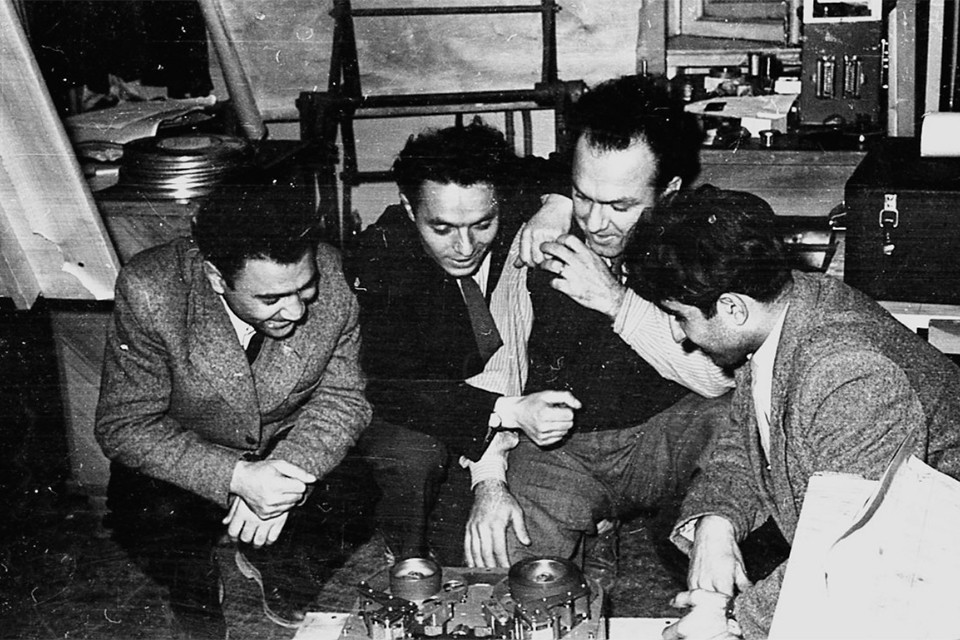 Our department was engaged in the works of external devices necessary for “Aragats”. The great achievement of ours became the large cube on ferrite rings (one ring for each bit), which could store 4 kilobytes of information. We used two types of magnetic storage devices: magnetic tapes and magnetic drums. Later magnetic disks from the Penza factory started to be used. The disks were stacked on top of each other by 10-20 pieces, depending on the configuration of the device, and the magnetic heads between them captured and wrote down data. "

“The machines of that time were not like today's machines. They had a long memory on magnetic tapes, as well as what we now call RAM (Random Access Memory) on ferrite frames. The frames were set meter by meter, the wires were pulled vertically and horizontally by every centimeter. At each intersection of these wires there was a ferrite ring, charged or discharged. These were the famous 1 and 0. It was such a frame, and these cells could hold one kilobyte of memory.”

Eduard Ghazaryan, participant in the development of "Aragats"

“Aragats” was a huge machine. The height was just above one short person. The air conditioners upstairs occupied the same space. There were about 6,000 bulbs and they got awfully hot, so they needed to be cooled. There were generators situated in the basement, which also took up a lot of space. One supplied an alternating current with a voltage of 6.3 volts, for lighting the bulbs ․ The second was about 180 volts to power the anodes of these lamps. The third supplied slightly less voltage for one of the tetrode networks. After "Aragats" the head of the department Boris Khaikin decided to build up a small machine called "Yerevan" for engineering calculations. I was transferred to work on the development of a control device. Since I hadn't graduated from college and didn't have an engineering degree, I was always considered a first class technician. ” 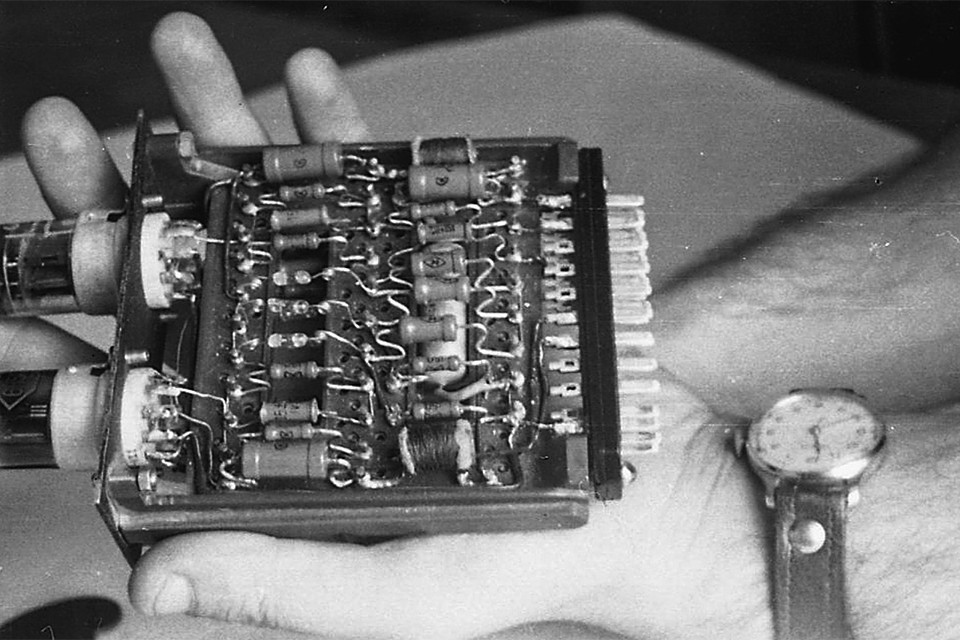 In parallel with the works on the "Aragats" computer, YCRDI started to develop a more compact computer named "Hrazdan". It was a second generation machine, in which the main elements were no longer lamps, but transistors.

“In 1958 YCRDI started to develop the first semiconductor device named “Hrazdan”. Since I was interested in semiconductors, I really wanted to take part in the development. Efim Brusilovsky was appointed as a chief designer, who sympathized me. And despite the fact that the chief engineer said that there was no need for new people, Brusilovsky managed to get me accepted into his laboratory. 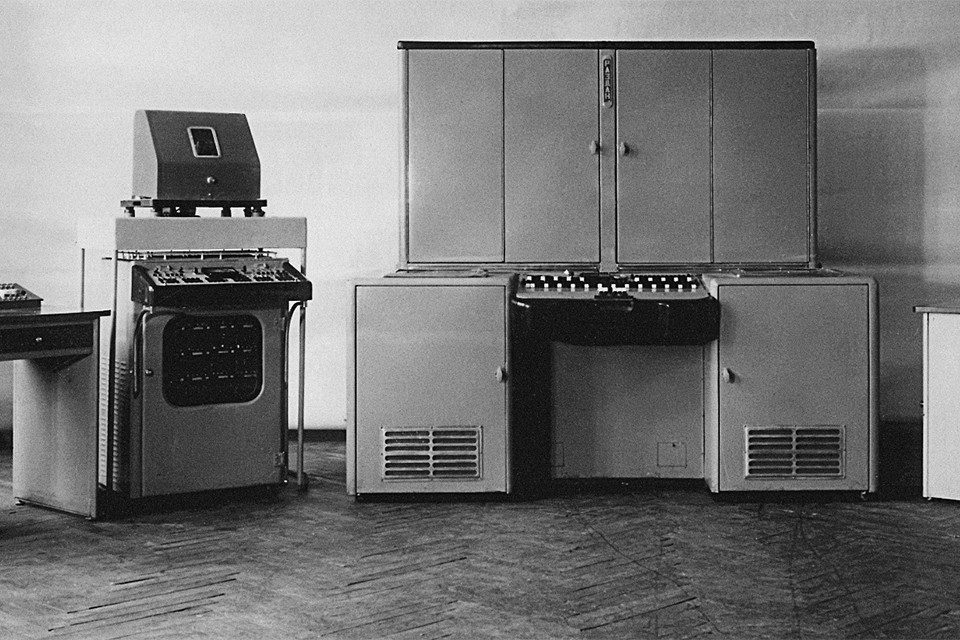 There was no information on semiconductors during that time. We made up everything from scratch. Mergelyan secretly brought transistors in his portfolio from business trips, so we started working on them and got ahead of other institutes. Brusilovsky instructed me to make the trigger. I didn’t know anything about it, I just read a French book, and as I had some small experience with oscilloscopes, transistors, resistors and other things, I started the development. I made the first trigger. Brusilovsky liked it, and he appointed me the head of the machine control team. Later I made a calculator and started working on a sleep-mode system. I was lucky enough to find a transistor circuit with a magnetic feedback loop. It had a great success and became the main savior of “Hrazdan”, and then “Nairi”. In general, I made two shapes on one cage of the machine. Then the decoder and the control circuit were ready. We worked on the development of "Hrazdan" for 4 years, until 1960. And all of the developing stages have passed under my guidance ”

In 1962, "Hrazdan-2" was exhibited at the Exhibition of Economic Achievements of the USSR as the first (transistor) Soviet electronic computer of the second generation. Later, on the basis of this machine, the first mobile computing center of military significance in the USSR was created.

In 1965, a universal EC “Hrazdan-3” was created at YCRDI, and after a year it entered the mass production.
This machine occupied an area of 120–160 m² and could operate at temperatures up to 35 + 35 ° С. Unlike "Hrazdan-2", where for input a porous celluloid was used , "Hrazdan-3" worked with porous paper maps. The speed of this computer was 20,000-25,000 per second, the RAM was 32 Kbps. "Hrazdan-3" became one of the best second-generation machines and one of the first machines exported by the Soviet Union. 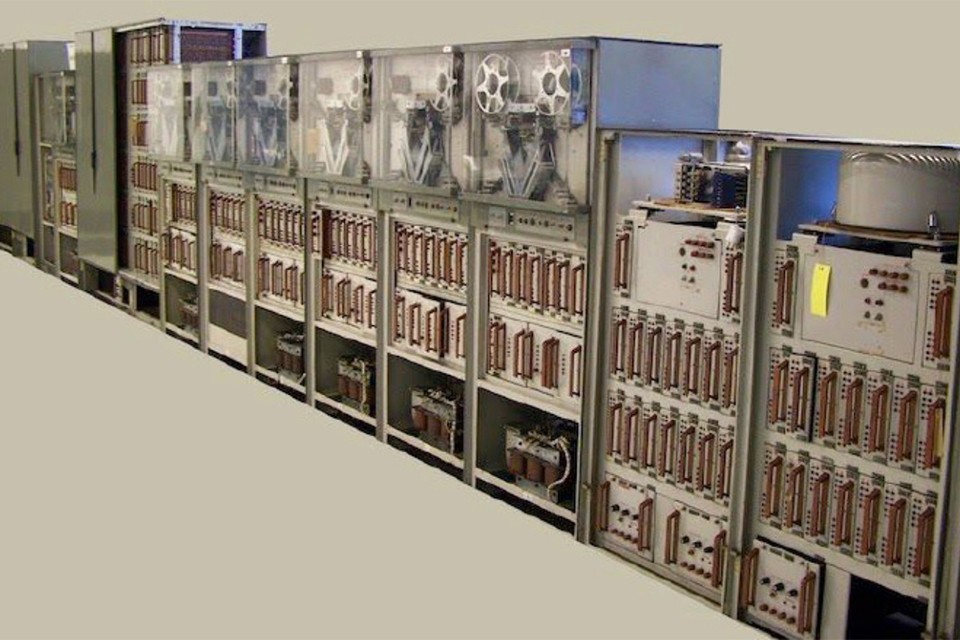 On the basis of this powerful model, in 1967-1977, YCRDI, under the leadership of Arman Kuchukian, developed the complex “ROUTE-1” - a computer automating the sales of railway tickets. In 1974, the developers of the system won the State Award of the Armenian SSR, and “ROUTE-1” was operated for a long time at several railway stations in Moscow. This development later became the basis for the automated control system of first generation "Express".

In 1957, while working at YCRDI, Sergei Mergelyan created and headed the Joint Computing Center of Yerevan State University of the Academy of Sciences in the Armenian SSR. Already at the end of the 1950s, the fashionable direction of machine translation was actively developing here.

“In the late 1950s to early 1960s, my father was a young Russian philologist and candidate of sciences. He decided to leave the studies of Pushkin language and take up a new active Applied Linguistics, not in Moscow or Leningrad, but in Yerevan. Mainly because the young scientist-mathematician, child-prodigy Mergelyan actively developed the field of computer technologies here. At the Computing Center of the Academy of Sciences, a group of specialists was created to deal with Armenian-Russian translations using electronic computers. There were two leaders: in mathematics there was Theodor Ter-Mikaelyan, known to the whole world simply as Teda. He took part in the algorithmic side of the project. The other one was my father, Vladimir Grigoryan, who was in the charge of linguistic translation. I remember well their EC named "Garni" , which is mentioned in all of the books of machine translation. "Garni" was a lamp-powered EC which means it was a first-generation computer, but it was specially designed for machine translation. I saw it in 1962 or 1963 when I was very young. The lamps heated up very quickly, so a powerful air cooling system was immediately connected to "Garni". It could not be called an air conditioner, it was noisy like dozens of vacuum cleaners put together. I was very scared of that noise. "

In the late 1960s, a transistorized version of the EC "Garni" was created. Machine translation worked the following way: tapes with a dictionary were operating, a phrase was typed on a digital alphabetic device, for example, in Russian, the machine accessed the dictionary. At first, the phrase was translated literally, after that the dictionary gave a syntactically correct Armenian answer. "